Why did the US Supreme Court strike down President Biden’s attempt to enact a Vaccine Mandate to combat the spread of COVID-19 throughout the Nation’s workplaces?

A review of the Vaccine Mandate Opinions from the “Conservative” Majority and “Liberal” Minority highlights the divide in the Supreme Court (and perhaps the Nation as a whole) of how a critical public health and legal issue can be viewed in two starkly different ways.

Below is a brief explanation of the Vaccine Mandate in question, the Supreme Court Ruling which is based upon differing interpretations of the Separation of Powers Doctrine, and some soundbites from the Court Opinions. 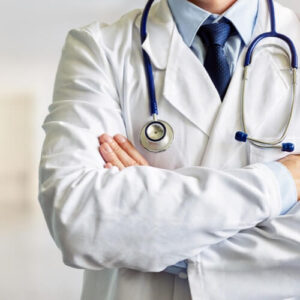 The Secretary of Labor in the Biden Administration, acting through the Occupational Safety and Health Administration (OSHA), recently enacted a Vaccine Mandate directing that all employers with at least 100 employees require that all employees be vaccinated for COVID-19 or obtain a weekly test and wear a mask. This emergency action was part of President Biden’s plan to increase the US vaccination rate to combat the spread of the pandemic.  The goal was to impose vaccine requirements on about 100 Million Americans, two thirds of all workers.  There were limited exceptions for employees who worked exclusively remotely or outdoors.

Under the Vaccine Mandate, covered employers had to develop policies and procedures to implement the Mandate and to remove unvaccinated employees from the workplace.  Employers faced hefty fines for non-compliance.

The Biden Administration estimated that the Vaccine Mandate would save 6,500 lives and prevent over 250,000 hospitalizations in six months. 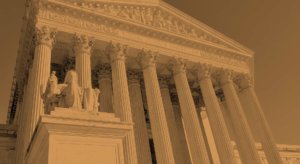 Many State, businesses, and nonprofit organizations challenged OSHA’s Vaccine Mandate in Courts of appeals arguing that it exceeded OSHA’s legal authority and was unconstitutional as a violation of the Separation of Powers Doctrine which limits the power of the Federal Government and its agencies.

One federal court, The Fifth Circuit, entered a stay of the Mandate, but then another Court, The Sixth Circuit, lifted the stay which would have allowed the Mandate to be implemented by OSHA.  The lifting of the stay was appealed to the US Supreme Court.

Emergency Relief was sought, asking the US Supreme Court to immediately stop OSHA from enforcing the Mandate, arguing that it exceeded OSHA’s statutory authority and was an unlawful violation of the Separation of Powers Doctrine.

The US Supreme Court ultimately decided that the Vaccine Mandate was unlawful and the Court has prohibited OSHA from moving forward with enforcing it.

Here is a Link to the Supreme Court Opinions.

Soundbites from the Supreme Court Opinion on the Vaccine Mandate

Below are some passages from the opposing Opinions that I found interesting:

Quotes From the Conservative Majority

Although COVID-19 is a risk that occurs in many workplaces, it is not an occupational hazard in most.  COVID-19 can and does spread at home, in schools, during sporting events, and everywhere else that people gather.  That kind of universal risk is no different from the day-to-day dangers that all face from crime, air pollution, or any number of communicable diseases.  Permitting OSHA to regulate the hazards of daily life – simply because most Americans have jobs and face those same risks while on the clock – would significantly expand OSHA’s regulatory authority without clear congressional authorization.

We are told by the States and the employers that OSHA’s mandate will force them to incur billions of dollars in unrecoverable compliance costs and will cause hundreds of thousands of employees to leave their jobs.  For its part, the Federal Government says that the mandate will save over 6,500 lives and prevent hundreds of thousands of hospitalizations.  It is not our role to weigh such tradeoffs.  In our system of government, that is the responsibility of those chosen by the people through democratic processes.  Although Congress has indisputably given OSHA the power to regulate occupational dangers, it has not given that agency the power to regulate public health more broadly.  Requiring the vaccination of 84 million Americans, selected simply because they work for employers with more than 100 employees, certainly falls in the latter category.

The central question we face today is: Who decides?  No one doubts that the COVID-19 pandemic has posed challenges for every American.  Or that our state, local, and national governments all have roles to play in combatting the disease.  The only question is whether an administrative agency in Washington, one charged with overseeing workplace safety, may mandate the vaccination or regular testing of 84 million people.  Or whether, as 27 States before us submit, that work belongs to the state and local governments across the country and the people’s elected representatives in Congress.  This Court is not a public health authority.  But it is charged with resolving disputes about which authorities possess the power to make the laws that govern us under the Constitution and the laws of the land.

The question before us is not how to respond to the pandemic, but who holds the power to do so.  The answer is clear.  Under the law as it stands today, that power rests with the States and Congress, not OSHA.  In saying this much, we do not impugn the intentions behind the agency’s mandate.  Instead, we only discharge our duty to enforce the law’s demands when it comes to the question of who may govern the lives of 84 million Americans.  Respecting those demands may be trying in times of stress.  But if this Court were to abide by them only in more tranquil conditions, declarations of emergencies would never end and the liberties of our Constitution’s separation of powers seeks to preserve would amount to little.

Quotes From the Liberal Minority

Underlying everything else in this dispute is a single, simple question:  Who decides how much protection, and what kind, American workers need from COVID-19? An agency with expertise in workplace health and safety, acting as Congress and the President authorized? Or a court, lacking any knowledge of how to safeguard workplaces, and insulated from responsibility for any damage it causes?

Here, an agency charged by Congress with safeguarding employees from workplace dangers has decided that action is needed. The agency has thoroughly evaluated the risks that the disease poses to workers across all  sectors of the economy. It has considered the extent to which various policies will mitigate those risks, and the cost those policies will entail. It has landed on an approach that encourages vaccination, but allows employers to use masking and testing instead. It has meticulously explained why it has reached its conclusions. And in doing all this, it has acted within the four corners of its statutory authorization – or actually here, its statutory mandate. OSHA, that is, has responded in a way necessary to alleviate the “grave danger” that workplace exposure to the “new hazard” of COVID-19 poses to employees across the Nation. The agency’s Standard is informed by a half century of experience and expertise in handling workplace health and safety issues. The Standard also has the virtue of political accountability for OSHA is responsible to the President, and the President is responsible to – and can be held to account by – the American people.

And then, there is this Court. Its Members are elected by, and accountable to, no one. And we “lack of a background competence and expertise to assess” workplace health and safety issues. When we are wise, we know enough to defer on matters like this one. When we are wise, we know not to displace the judgment of experts, acting within the sphere Congress marked out and under Presidential control, to deal with emergency conditions. Today, we are not wise. In the face of a still raging pandemic, this Court tells the agency charged with protecting worker safety that it may not do so in all the workplaces needed. As disease and death continue to mount, this Court tells the agency that it cannot respond in the most effective way possible. Without legal basis, the Court usurps a decision that rightfully belongs to others. It undercuts the capacity of the responsible federal officials, acting well within the scope of their authority, to protect American workers from grave danger.

Tim Rayne is a Personal Injury Lawyer with the Chester County Pennsylvania law firm, MacElree Harvey, Ltd.  For over 25 years, Tim has been helping accident victims understand their legal rights and receive fair compensation from insurance companies.  Tim has law offices in Kennett Square and West Chester Pennsylvania.  You can contact Tim at 610-840-0124 or trayne@macelree.com or check out his website at TimRayneLaw.com.