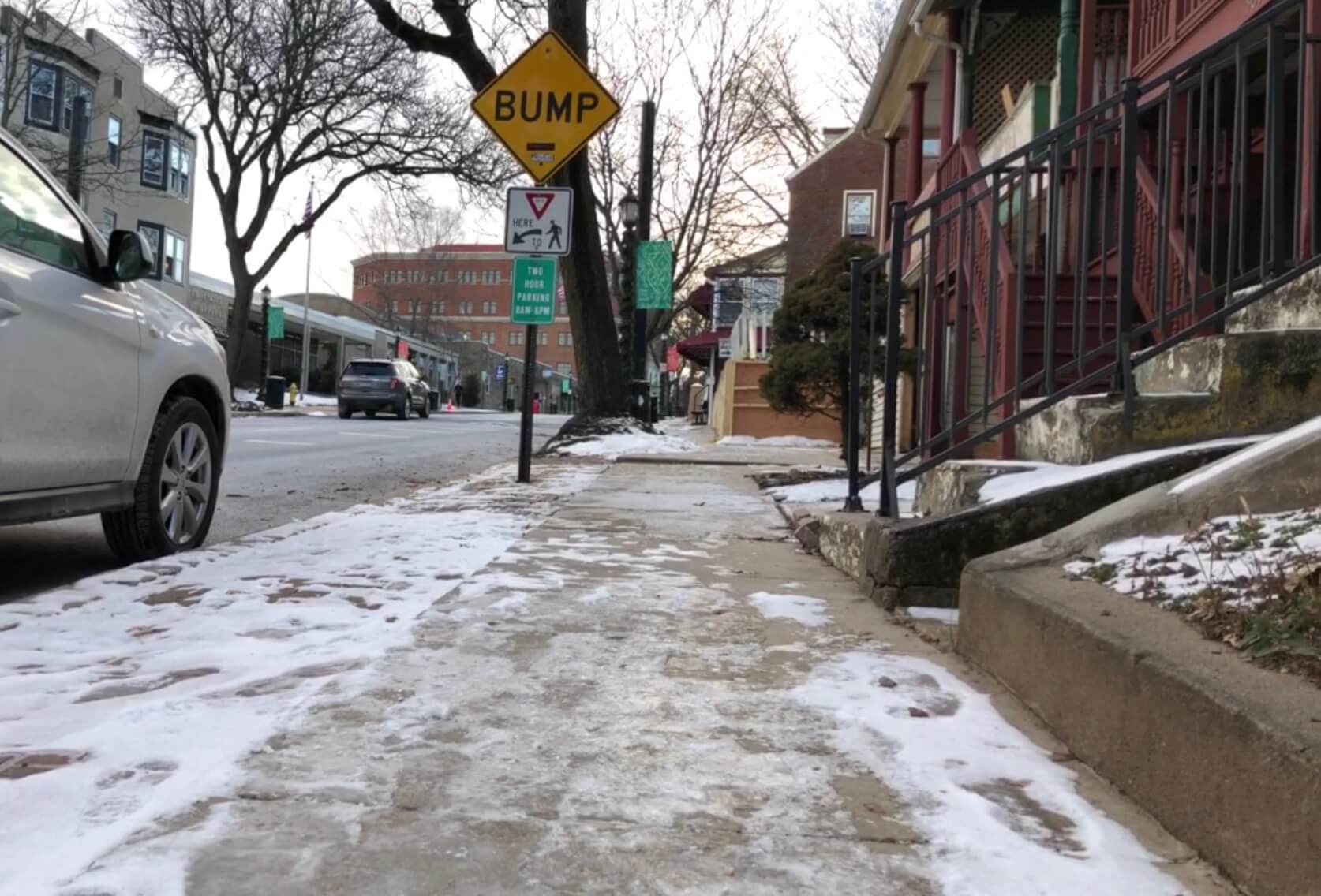 As a Pennsylvania Personal Injury Lawyer, I get a lot of calls from people in Wintertime who have fallen on snow or ice and have been injured.  They want to know their legal rights and whether or not they can make a claim for compensation.  Whether they have a viable legal claim depends on the circumstances and a rule unique to Pennsylvania called The Hills and Ridges Rule.  It also depends on whether there are any defenses that can be asserted by the property owner including Assumption of the Risk or Comparative Negligence.

The Hills and Ridges Rule

However, if the property owner does not make a reasonable effort and allows Hills and Ridges (see photo above) to form on the walking surfaces that are dangerous to pedestrians and someone falls and gets hurt, then the property owner is liable.

The Hills and Ridges Rule provides some protection to property owners by recognizing that it is not possible for property owners to keep their properties safe at all times, especially during and immediately after snow or ice storms.  So, the Rule gives them protection if they make reasonable clean up efforts.  However, if the property owner ignores its duties and allows the property to remain unsafe for an unreasonable time, then it is liable for any injury that results.

Limitations of the Hills and Ridges Rule

The Hills and Ridges Rule only applies to falls resulting from naturally falling precipitation.  It does not apply to slippery conditions resulting from artificial conditions like melting and refreezing snow piles or defectively designed gutters or downspouts.

For example, I recently had a case where my client fell on an icy sidewalk and the ice originated from snow melt from a roof that was piped onto the sidewalk from a dangerously designed downspout.

In that case, we were able to argue that The Hills and Ridges Rule did not apply because the slippery condition was created by an artificial condition, namely the dangerous downspout that directed water onto the sidewalk where it refroze.

Defenses to Slip and Fall Cases

Even though someone slips and falls on Hills and Ridges after a snow storm or on an artificial condition like ice from water melting from an artificial condition like a snow pile in a parking lot, that does not mean that the property owner is automatically liable.  Instead, the property owner can still try to assert defenses like assumption of the risk or comparative negligence.

Assumption of the Risk

Assumption of the Risk is a defense that can be asserted if the injured person saw that there was a risky condition and yet voluntarily chose to confront the risk anyway.  In a slip and fall on ice case, assumption of the risk could be argued if the injured person admits that they saw the ice, knew that it could be dangerous, could have chosen another route and yet voluntarily chose to walk on the ice.  If proven, Assumption of the Risk is an absolute defense which eliminates any liability of the property owner.

If you have any questions regarding a Slip and Fall on Snow or Ice in Pennsylvnia, feel free to contact Tim Rayne at 6108400124 or trayne@macelree.com.

Tim Rayne is a Personal Injury Lawyer with the Law Firm of MacElree Harvey, Ltd.  Tim has offices in Kennett Square and West Chester.  Tim handles Car Accident and Slip and Fall cases including Slip and Falls on Snow and Ice.  Contact Tim for a Free Consultation at 6108400124 or trayne@macelree.com.