Fifty Five Million Dollars, a whole lot of money.  That’s how much the Jury verdict was in the case of Erin Andrews versus Michael Barrett and the Nashville Marriot.  But why so high?  How did the Jury come up with such a huge number?

According to reports from a few of the Jurors, some wanted to give what Erin’s attorneys asked for, $75 Million, and others thought that around $10 Million would be plenty.  In the end, the Jury compromised at $55 Million.

Here are five reasons why I think the verdict was so high:

The Offensive Nature of the Invasion – Clearly the violation itself drove up the amount of the verdict.  Private post shower naked moments of an attractive woman being taped and then published on the Internet for anyone to view for all eternity.  This was particularly offensive and something that would get a Jury’s attention and could lead to a large verdict.

The Number of Views – The video had been viewed 16.2 million times at the start of the trial and Erin’s experts predicted that it would be continued to be viewed at a clip of about 600,000 more per year.  Erin’s attorneys used those numbers masterfully in his closing, suggesting that the Jury “do the math” and consider awarding a dollar or even five dollars for each view.

Had this case been tried in Pennsylvania such arguments would not have been permissible because, believe it or not, lawyers are not allowed to suggest a specific dollar figure for compensation.

The Proof of Physical and Emotional Harm – Erin herself, her parents and expert witnesses gave powerful testimony about the physical and emotional damage suffered by Erin from the publishing of the video.

Sending a Message to the Hotel Industry about the Importance of Privacy and Safety – Erin’s attorneys told the Jury that the amount of the verdict would set the price for privacy and safety and that it was important for them to show Marriott and other hotels that they must follow proper procedures to keep guests safe.  It appears that the jury deemed it proper to send a message.

Failure to Accept Responsibility and Blaming the Victim – Rather than settle the case before verdict or accept some responsibility for the incident, Marriott’s lawyers took an aggressive tact in defending the case.  They attempted to blame solely Barrett for the incident and refused to admit that they had any responsibility.  In addition, the lawyers claimed that since Erin continued to work for ESPN and do well financially, her harm was not that great.  This aggressive stance certainly backfired and likely helped to drive the massive $55 Million verdict. 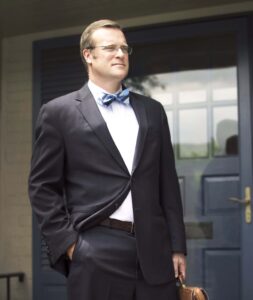 Tim Rayne is a Pennsylvania Personal Injury Lawyer with the Chester County Law Firm MacElree Harvey.   For over 20 years, Tim has been helping injured accident victims in Pennsylvania receive fair treatment from insurance companies.  Contact Tim for a Free Evaluation of your Personal Injury Claim at 610 840 0124 or trayne@macelree.com.