It was a risky West Chester car accident injury case and I almost didn’t take it.

The problem with the case was that the Police Officer who investigated it found that my prospective client, Jana, was responsible for causing the crash by turning left in front of the Defendant’s oncoming vehicle. 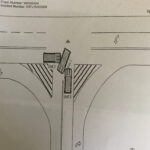 The reason why I took the case is that the crash took place at a very tricky intersection and Jana had a good reason why she turned left on a solid green light as the Defendant was approaching.

The intersection was tricky for the Defendant in that, as he approached the intersection it changes from one lane to two lanes and the lane he was in quickly became a right hand turn only lane.  So, to go straight through the intersection, he would have had to have switched to the left lane which was the through lane. 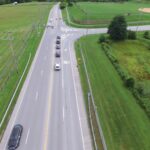 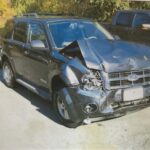 Allstate Insurance Company insured the Defendant and, based upon the Police Report and the statement of the Defendant, it refused to pay any compensation to Jana for the concussion and neck injury she suffered in the collision.

Our only choice was to file a lawsuit against the Defendant.

When I took the Defendant’s deposition, he provided testimony that was favorable to Jana’s case.  First he testified that he was not familiar with this tricky intersection and this was the first time he had driven through it in over 10 years.  Second, he admitted that he did not remember changing lanes as he approached the intersection.

This testimony supported our theory of the case which was that Defendant got confused by the tricky nature of the intersection by failing to change to the left lane and accidentally entered the intersection in the turning lane, not the through lane, so the accident was his fault.

Despite the damaging testimony of the Defendant, Allstate did not change its evaluation of the case and continued to refuse to settle the case.

This forced us to take the case to an Arbitration Trial in the Chester County Pennsylvania  Court.

I called the Defendant as the star witness in my case and he admitted his unfamiliarity with the intersection as well as the fact that all along he had been confused about how the accident happened and where Jana’s car had come from.

We also had post accident photos showing debris on the ground in a spot where it should  have been if the impact had occurred in the right hand turn lane, not the through lane. 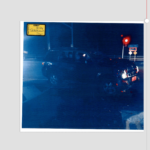 Jana herself was a convincing and credible witness.  She testified that she drove the road all the time and was 100 percent sure that the Defendant was in the right hand turn lane as she began her turn and as well as she he entered the intersection and crashed into her.

Ultimately we won the case and Jana got fair compensation for her injuries.

This was a very satisfying case.  Although it was not a high dollar case, I am proud that I was able to prove the Police and Allstate were wrong in their knee-jerk evaluation of the case and I was able to vindicate Jana and get her fair compensation for her injuries.

Tim Rayne is a Chester County Pennsylvania Car Accident Lawyer with MacElree Harvey.  For 25 years Tim has been helping injured victims of accidents receive fair treatment from insurance companies.  Tim has offices in Kennett Square and West Chester Pennsylvania.  Contact Tim Rayne for a Free Evaluation of your accident claim at 6108400124 or trayne@macelree.com.