Apart from the United States losing the 2018 Ryder Cup in France, a real tragedy occurred when a spectator was stuck by an errant Brooks Koepka tee shot which hit her in the eye resulting in her eyeball “exploding” and total vision loss in that eye.  In media interviews, the injured woman, Corine Remande, has stated that she is contemplating a Personal Injury lawsuit because she claims that neither Koepka nor tournament officials yelled “fore” to warn her of the approaching ball.  In Koepka’s defense, his drive traveled about 300 yards before striking Remande and he has released statements that he is “heartbroken” over the injury.

However, I thought it might be interesting to discuss how Remande’s lawsuit would be handled under Pennsylvania Law.

How are Golf Tournament Injuries Handled Under Pennsylvania Law?

Pennsylvania would not be a good venue for Remande’s lawsuit because we have a defense called Assumption of the Risk which would likely defeat her injury claim.

Assumption of the Risk

Assumption of the Risk is a legal defense to personal injury claims which states that a defendant cannot be held liable for injury if the victim fully understood the danger she faced and voluntarily chose to accept the danger and its consequences.

One of the classic examples of Assumption of the Risk is a case in which a baseball spectator was struck in the eye by a foul ball.  People know that when they attend a baseball game, sometimes the ball will leave the field of play, because of a home run, foul ball or errant throw, and enter the spectator area.  People are also aware of the danger involved in being hit by a baseball.  Accordingly, spectators have an appreciation of both the risk and its consequences.  By attending the game, they implicitly agree to accept the risk and cannot sue if they are injured.

Golf tournament injuries are analogous to baseball injuries.  People understand that golf involves players hitting a hard ball at high velocity and that errant shots are part of the sport.  When people watch golf, they are close to the action and are often in the line of fire.  Golf etiquette states that a loud scream of “Fore” should accompany an errant shot but, with the distance and speed involved in golf shots, warnings are often ineffective in preventing a spectator from being struck.

The usual result of such an incident is a bruise or bump and a souvenir signed ball or golf glove from the offending golfer.  But, serious, and even catastrophic injuries like Remande being blinded in one eye, can and do occur.

Under Pennsylvania Law, these golf tournament injuries fall squarely within the criteria of an Assumption of the Risk defense which makes the victim’s chance of success in a lawsuit very low. 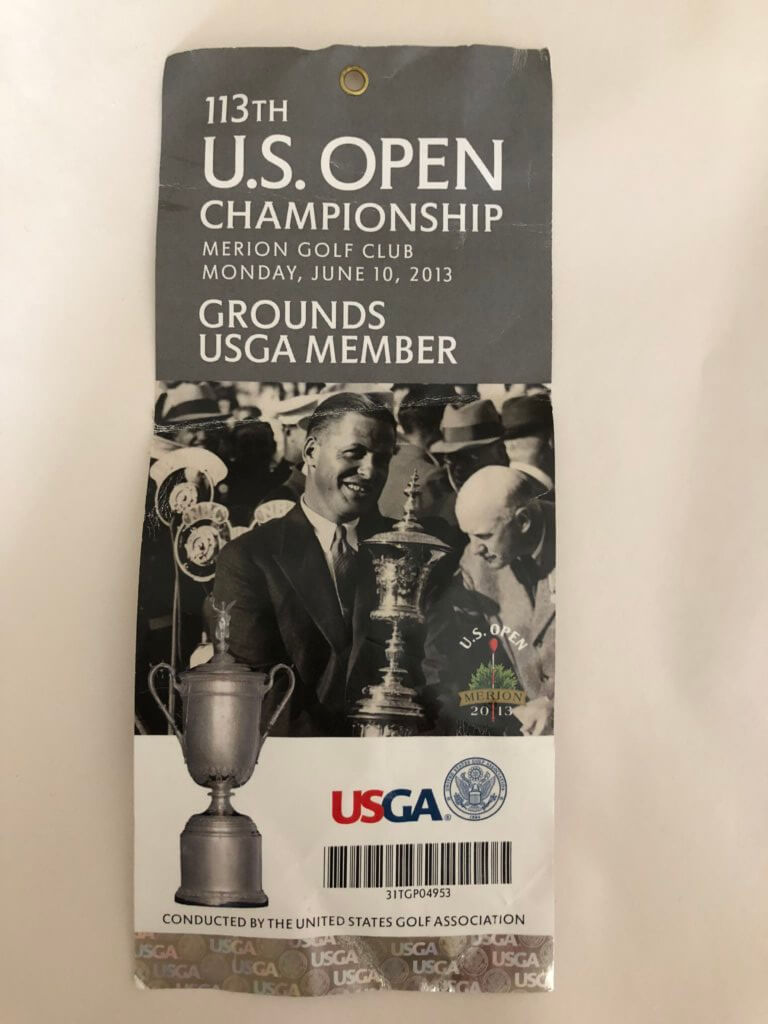 This is a ticket from the US Open at Merion Country Club.  As you can see, the ticket contains a discussion of the “risks incidental to and associated with attendance, including…being struck by a golf ball or club” and states that the ticket holder “waives, releases and discharges…. any and all claims for death, personal injury or property loss….”.  The ticket also says that “It is further understood and agreed that this waiver, release and assumption of the risk is binding on the Ticket Holder’s heirs and assigns.”

The Ticket incorporates the Assumption of the Risk and makes understanding and acceptance of the defense part of the attendance contract.  The fact that a Ticket to an event contains this Assumption of the Risk language provides another layer of protection from liability to the event organizers and host and would make a victim’s personal injury lawsuit even less likely to be successful.

Tim Rayne is a Personal Injury Lawyer with the Pennsylvania law firm MacElree Harvey.  For over 20 years Tim has been helping injured victims of accidents receive fair treatment from insurance companies.  You can contact Tim at 6108400124 or trayne@macelree.com.