Anatomy of a Lawsuit 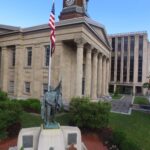 I’m sure you’ve seen enough TV shows to be generally familiar with the stages of a civil trial, but the trial is just the last part of a lawsuit and most cases settle long before then. Hopefully you’ll never find yourself involved in Personal Injury Litigation, but here is a brief description of the process – the Anatomy of a Personal Injury Lawsuit.

Not all Personal Injuries, like Car Accidents or Slip and Fall Accidents, result in a formal lawsuit which is filed in Court. The vast majority of all Personal Injury claims are settled short of a verdict. In fact, many Injury claims are settled through negotiations even before a formal lawsuit is filed. A settlement avoids the risk, expense, and stress involved with civil litigation, which is the reason why a lot of Personal Injury cases resolve with a settlement agreement and without a lawsuit having been filed.

The Pleadings stage is the beginning of a lawsuit. Once it is decided that a case cannot be settled and Court intervention is required, the injured party, or Plaintiff, files a Complaint with the Court. The Complaint is the written document starting a lawsuit and it sets forth the Plaintiff’s dispute with the other party or parties, the Defendant or Defendants. The Complaint also describes generally what the Plaintiff seeks to recover in the lawsuit. Once the Complaint is filed, it must be served upon the Defendant, usually by a Sheriff personally serving the Complaint. The Defendant is required to respond to the allegations set forth in the Complaint and raise any defenses in an Answer that is filed with the Court. Thereafter, the Plaintiff must file a Reply to any defenses contained in the Answer. 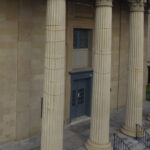 After the Pleadings stage, the parties engage in Discovery in order to prepare for trial. The purpose of Discovery is to allow each party to learn about the other party’s case in order to encourage settlement and to prevent unfair surprise if the case goes to trial.

If either party is going to be using expert witnesses to testify at trial, then they must produce Expert Reports outlining the proposed testimony of the expert and all of the opinions he or she will offer at trial.

In a Jury Trial, the first phase of the Trial begins with Jury Selection. A pool of jurors (usually about 50) is brought into the courtroom and each juror has a number from 1 to 50. Then, the judge and/or attorneys for both parties ask the jurors questions to determine whether they know any of the parties, attorneys, and witnesses or whether they have had any experiences or have strong feelings on certain issues which would not allow them to be fair and impartial. Once the questioning is complete, each attorney can ask that certain jurors be stricken from the jury pool due to some disclosed bias prejudice or another reason making them unable to serve such as school, job or family obligations. After the judge rules on the “for cause” challenges, each party can also strike a set number of other jurors (usually around 4) who they think would likely favor the other side. These are called “peremptory strikes.” Once the strikes are complete, the first 12 remaining jurors constitute the jury panel for the Trial.

After Closing Arguments, the judge must give the Jury Charge.  In the charge, the judge explains to the jury all of the law applicable to the case so that the jury can reach a proper verdict. The Jury Verdict itself marks the conclusion of the Trial.

Tim Rayne is a partner in the full-service law firm of MacElree Harvey, Ltd. which has over 35 attorneys in offices located in Kennett Square, Bala Cynwyd, and West Chester, PA and Centreville, DE.  Tim focuses his law practice in Personal Injury Law, helping people who have been injured in accidents understand their legal rights and receive fair treatment from insurance companies.  Tim can be reached at 610.840.0124 or trayne@macelree.com.  For more News and Information on Personal Injury law, check out Tim’s website at https://timraynelaw.com.