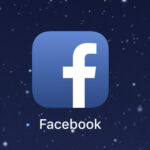 Many people think that because this is the United States of America where we enjoy Freedom of Speech, we have the right to say whatever we want and Post whatever we want on Social Media.  Although that is partly true, in reality, there are limits to Free Speech and there are consequences for certain types of speech in the workplace, especially threats.

Cummins v. Unemployment Compensation Board of Review is a case that was recently decided by the Pennsylvania Commonwealth Court which helps to define the boundaries of  First  Amendment  Freedom of Speech rights for Posts on Facebook and other Social Media sites that impact the workplace.

The Dispute Between Shannon Cummins and her Boss

Shannon Cummins and her boss, Kenny McBrearty, did not get along well and when McBrearty noticed that Cummins was violating a work rule by not wearing safety glasses, real trouble started.

McBrearty stormed onto the shop floor and confronted Cummins.  He grabbed or shoved her into an office to counsel her about not wearing safety glasses because the company had recently been fined by OSHA for employees not wearing glasses and Cummins was a repeat offender.  Cummins did not appreciate McBrearty “putting his hands on her” and she gathered her things and left work.

The night of the confrontation, Cummins wrote the following Facebook Post because she was mad that McBrearty still had a job after physically harassing her:

“Today a man put his hands on me.  It’s when [you] realize how weak they are that they can’t pick on someone of their own kind.  I learned willpower, self-restraint and gained dignity. I wonder how he feels now. “

That Post alone probably would have been protected as Free Speech, but later, in a response to a Comment by one of her friends, Cummins replied:

“I would have sliced his throat open if it didn’t happen at work.  And had no remorse.”

Other Pennsylvania cases had consistently held that a threat of violence against a co-worker or supervisor constitutes Willful Misconduct, even if those threats do not occur at work.

Cummins argued that her Comment was not a threat because it did not use specific language expressing a definite intention to hurt her boss.

Nevertheless, the Court found that the language was graphic and threatening and qualified as Willful Misconduct.  Consequently, Cummins was not entitled to any Unemployment Benefits.

The lesson to be learned is to be careful and think twice before posting anything controversial or inflammatory on Social Media.  Posts may be seen by people other than your “friends” and may not come off as you intended them.  You can try to delete a Post later, but someone may have taken a screen shot to preserve it.

We do enjoy Freedom of Speech, but such rights are limited and some speech, especially including threats, can have serious consequences.  If Cummins had used more extreme language in her Comment, then she may have had a criminal problem in addition to losing her job and being disqualified from receiving Unemployment Benefits.